i was going through my pics and i realized i totally forgot to blog about katelyn and annie's first ice skating experience. so, back to december 28th...jeff, my dad, derek, the girls and i went ice skating. (my mom and kristina stayed home with samantha.) the girls were really excited! i got their skates on and then my dad took kate and derek took annie. i didn't skate...i just went to take pics and witness the girls' first time on the ice. it was hilarious...i was cracking up the whole time!! the girls' legs were flying everywhere! like the part in the movie bambie where he's on the ice and his legs are flailing every which way!! 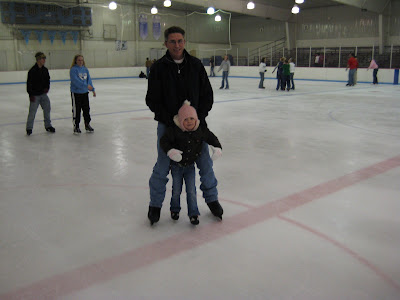 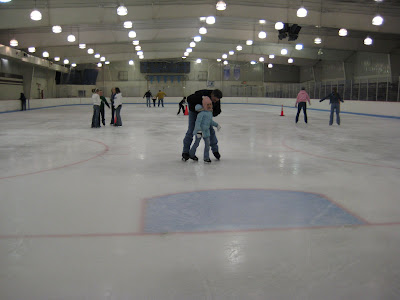 derek and my dad had a hold of the back of the girls' coats and they were pretty much just dragging them around! then we noticed some other little kids had big traffic cones they where hanging on to, so the girls tried that and it worked alot better. they actually got the hang of it really quick. 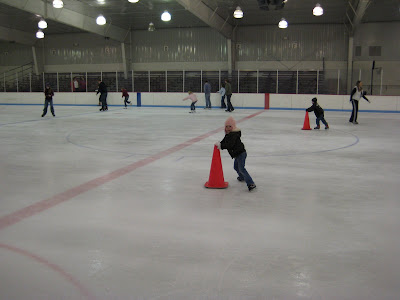 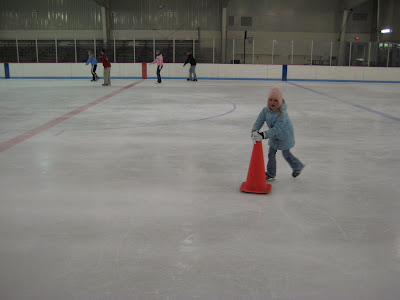 after they skated with the cones for a bit they got alot more comfortable and brave. they also saw other little kids skating on their own, so they girls decided to ditch their cones. 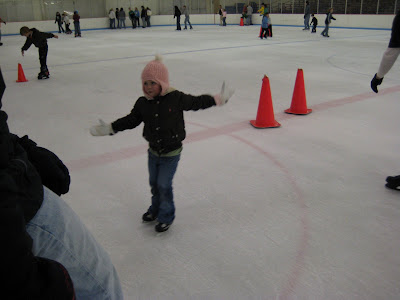 i was so proud of them for giving it a try...and they really did well. it was alot of fun. 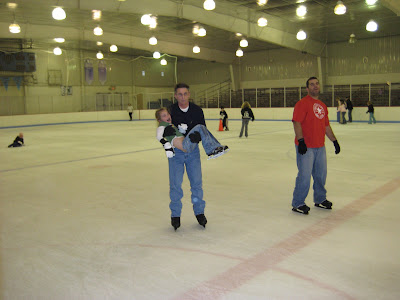 unfortunately the night was cut short because katelyn biffed it and hurt her wrist. 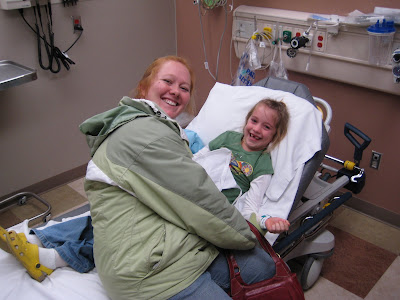 we had to take a trip to the ER and she ended up with a hairline fracture in her wrist. 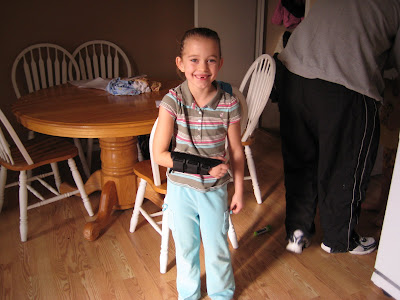 she had to wear a splint for 3 weeks. it's all better now, and she has started asking about ice skating again!!
Posted by angie at 12:40 PM

I've never seen a kid smile so big in the ER! What a Champ & so cute too.

Hi Ang- and family! I am so glad I found you through the wonderful world of blogging. AKA: through Joanna's blog. Your girls are so cute, beautiful faces. What is your official blog address? so I can put you up. Take care!

I'm glad she's better now. that must have hurt but skating looked fun.

hey its tay ya ijust made one for the fam

ill try to add u