today we all went to the mall and there's a dick's sporting goods store there. in that store there's a big climbing wall. every time we've gone there we've asked katelyn if she wants to try it, but she has always said no. today the guy who works there measured annie, and she's finally tall enough. she was all about climbing the wall. i offered to climb it too if that would help katelyn want to do it. after i said i would do it too katelyn decided she would...plus, she wasn't about to let annie show her up!! so, i wonly made it half way before i was way tired!!! both girls made it to the top! it was awesome! the pix aren't the best because derek took them with his phone, and there were huge windows behind the wall and the sun was shinning in...but you can get the point. 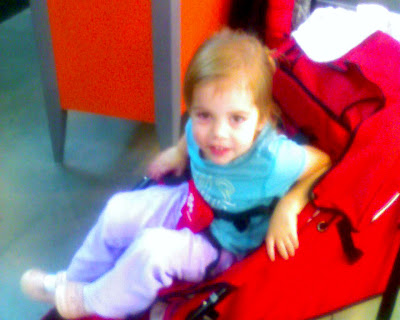 samantha was a good little cheerleader. 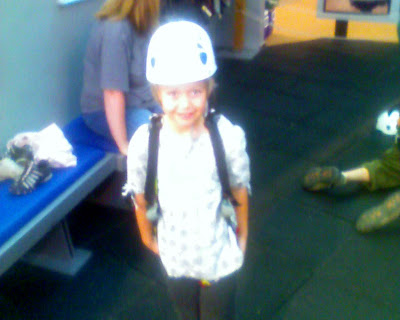 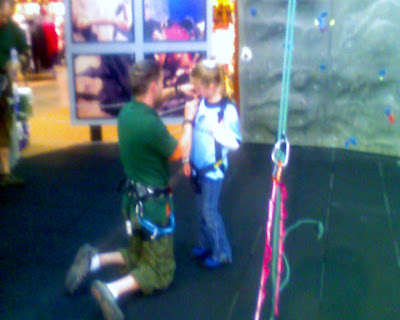 katelyn getting her gear on. 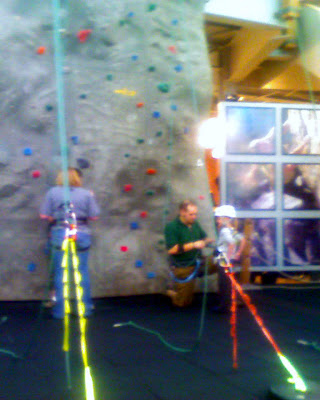 annie getting some instructions. i was a bit nervous...i didn't want to look like an idiot!!! 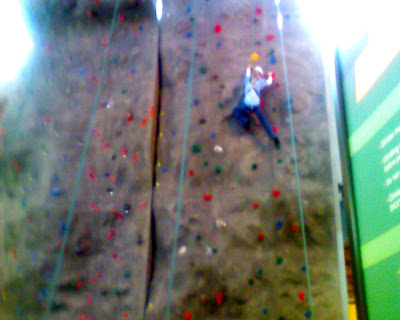 katelyn reaching for a hand grip...she did so good! 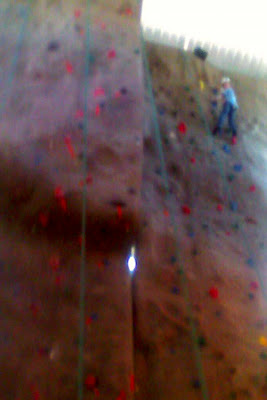 katelyn got to the top and hit the button...a really loud tarzan yell announced she reached the top!! 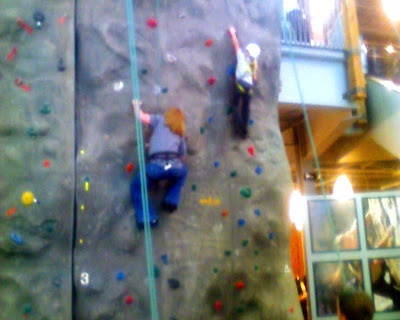 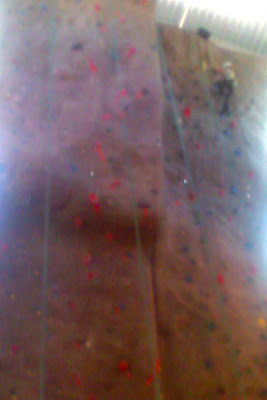 that's annie at the top...when she hit the button a really loud song played out, but i can't remember what it was. 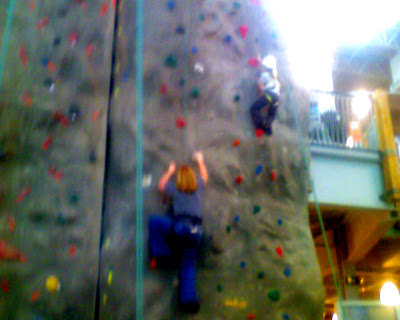 ya, annie really kick my bootie...this is about where i stopped!!! 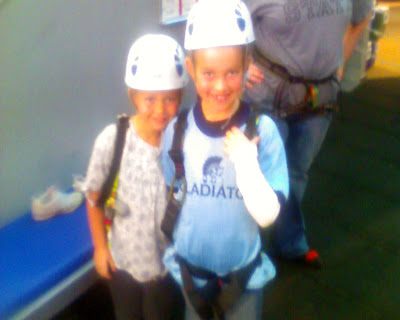 cute seesters!! they are brave little girls. a boy was watching, and when he saw both of them reach the top he had to do it too!! he didn't make it to the top though! 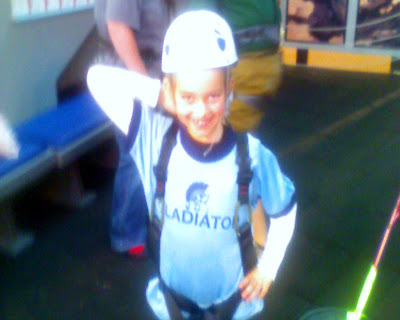 Did you chop your hair again? I guess that's what happens when I only see you once or twice a year.

They look so cute! How fun. You get the cool mom award for being willing to do it with them. :)