Once the girls were on Christmas break we didn't stay home for longer than 3 days at a time!  luckily i had all of the Christmas shopping done about 2-3 weeks before Christmas.
on the 17th we went to st. george.  the 18th was derek's dad's and our neice, brooklynn's birthday, and we wanted to be able to give our gifts to derek's parents and jeff and kristina.
on the 20-21st we went up to cedar city to go to derek's "high school friend party".  they've been having it every year and we haven't been able to go for a couple years so we decided to go this year. it was fun... getting there wasn't the best!!  the weather was insane and it added about an hour to our trip.  plus, lexi is potty trained, but she is also very manipulative with the whole situation.  when she's in her car seat she knows we'll get her out if she says she has to go.  we had been in the car for about 5 minutes and she started saying she needed to go.  (she had went right before we left, so i knew it was just part of her little plan.)  well, about 2 hours later she started up again and i ignored her.  well, that time she wasn't lying and it was a mess.  to make it worse we didn't have wet wipes so i had to soak napkins in iced down coke.  ya, it was good times!  but it was worth it once we got up there.
we actually were home the 22nd-25th (Christmas will get it's own post!)
on the 26th we packed up and headed to salt lake city.  we stopped in hurrican to meet up with derek's parents so we could pick up his grandma.  when we got up to salt lake we went straight to italian village.  there are a few places derek HAS to go when we're up north and #1 on his list is italian village!!!  on the 27th we met up with the Evers and the Goates at Classic.  we always have a great time hanging out there! 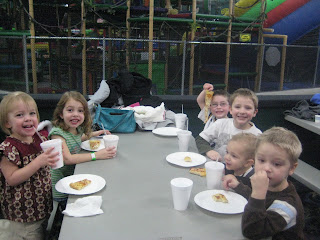 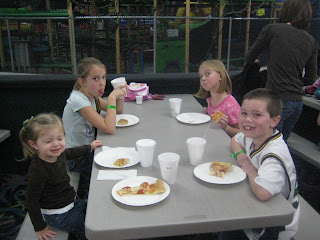 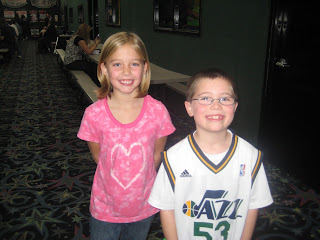 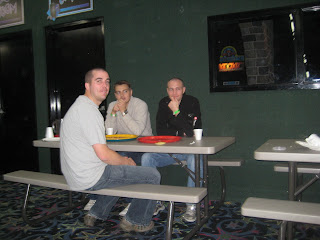 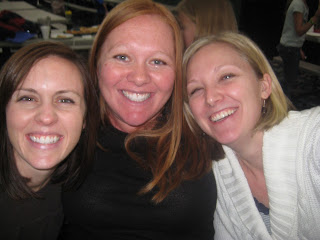 later that night we all went to professor mangrum's Christmas alumni dinner.  he introduces everyone who is there that has graduated and is working.  derek pretty much came away from the dinner looking like a total stud!  :)  after the dinner the Goates had to head home to Heber, but derek and i hung out with the Evers a little longer.  they gave us the best dessert in the entire world.  it is the raspberry almond tort from market street grill.  it was so good we had to go buy a whole cake to bring home with us!!
on the 28th we packed up the van, went back to the Evers for a bit, went to Hires for lunch (another must on derek's list), went to derek's uncle brent's to pick up 25 lbs of meat, and then we headed home.
it was a really quick trip, but we had a good time.

the plan for new year's was for jeff and kristina to come here.  but of course last second we decided to go to st. george.  one reason we wanted to leave we ended up going out with jen, spencer, jeff, kristina, melanie, silas, suelyn, and todd.  (melanie, silas, suelyn and todd are our cousins).  we went to milt's and had a fabulous dinner and a good time.  most of the night was spent teasing derek... i'm not sure why, but it was hilarious!!!  our kids stayed home with jordyn and i think they had a really fun new year's eve.

it's amazing how much we packed into 2 weeks.
Posted by angie at 9:57 AM

Thanks for coming to visit! Let's not wait too long to do it again.