katelyn wasn't 100% sure she wanted to play, but after her first game she decided she liked it better than socer!  the 1st game was hilarious because the ref only called out of bounds.  so some of the girls would pick up the ball and run and all the parents would be yelling "DRIBBLE"!!  i guess the ref will start calling more things later in the season.  katelyn was really aggressive, which made her daddy proud! 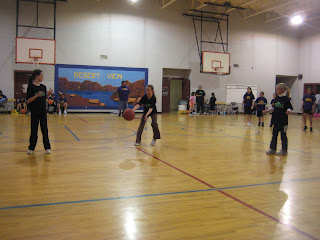 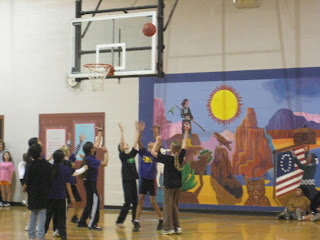 Go Katelyn!! Alex just finished Jr. Jazz, you two will have to go one on one:)