Katelyn and her cousin, Allysah were baptised on the same day. Allysah was supposed to be baptised the first weekend in June, but when we decided to move earlier Allysah decided to wait so they could be baptised together. It was a great day! 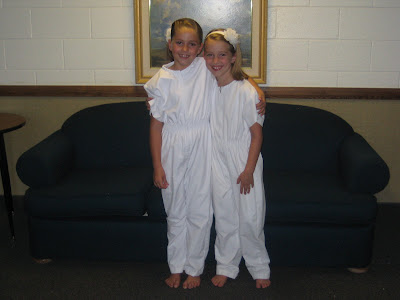 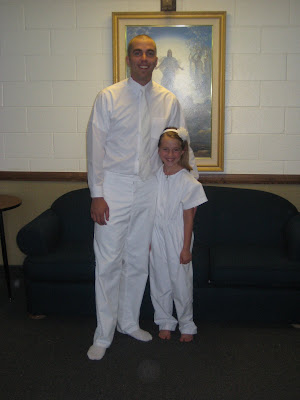 I can't believe this is my family!! I'm one lucky woman!! 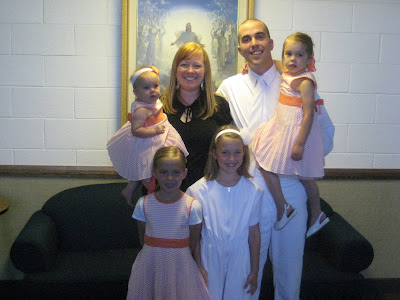 Justin, Allysah, Derek, and Katelyn right before the meeting started! 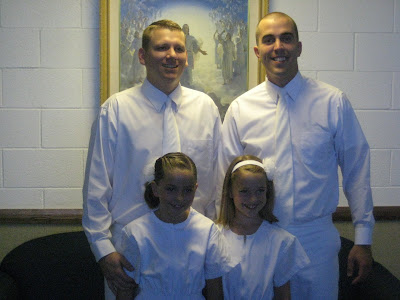 This is right after the baptism was over. This is Katelyn's good friend Jaxon. It was his idea to bring her flowers. How Sweet!! It looks like a wedding picture, and I pointed that out to Katelyn and she couldn't stop laughing! 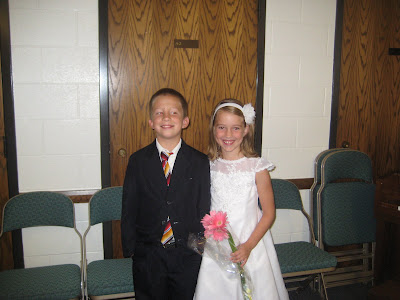 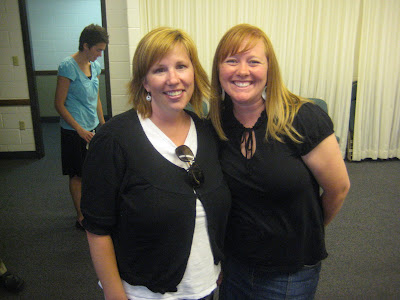 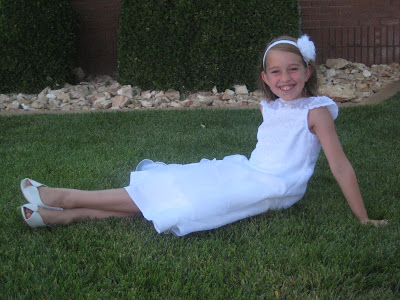 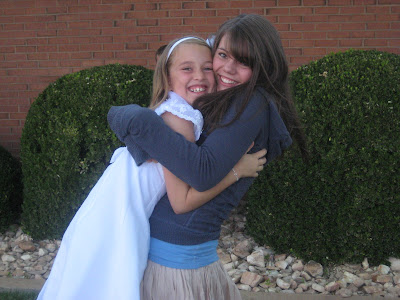 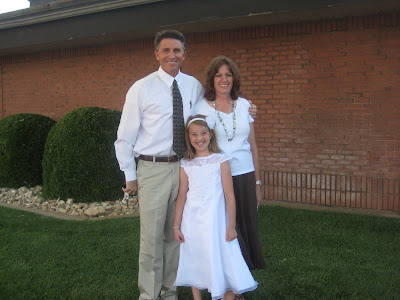 I was trying to get Katie to smile NORMAL so I told her to say "I'm perfect now!" and this is the pose she struck while saying that!! 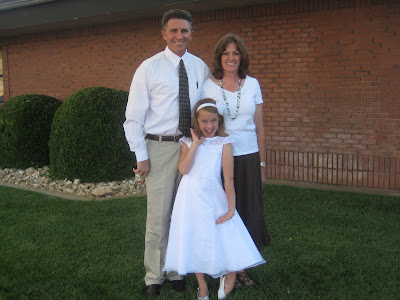 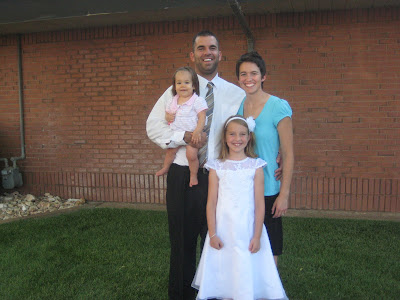 My girls are starting to look so old! When did this happen?!?! 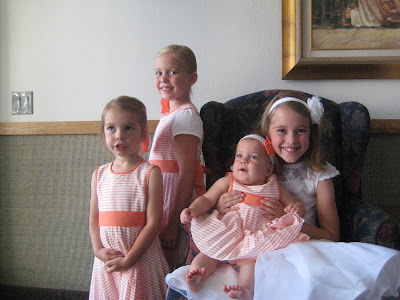 Katelyn and Allysah in their pretty dresses. 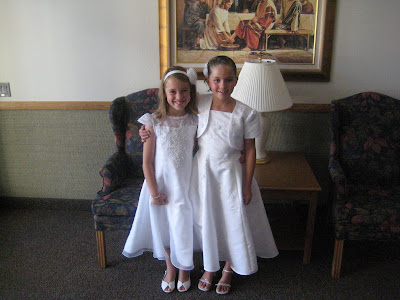 Derek told them to stike a pose. 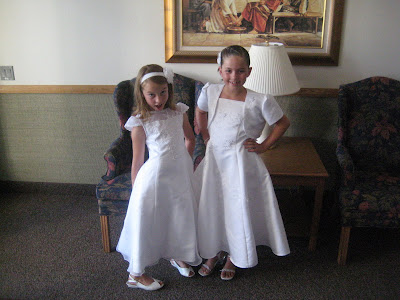 Then he was acting like it was a photo shoot and said, "give me a tiger!" 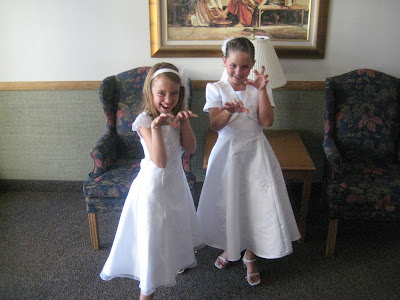 fter the baptism we went into the cultural hall and had treats. (Thank you Shanna for getting that organized and making it so nice!) Alexis was chowing on a rice krispy treat. She still can't roll over, but she can put the food away!! ha ha 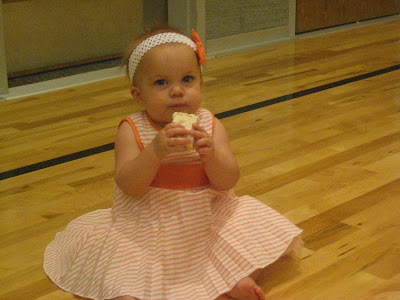 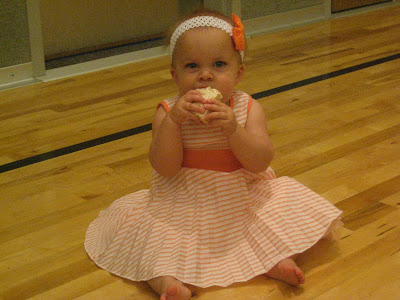 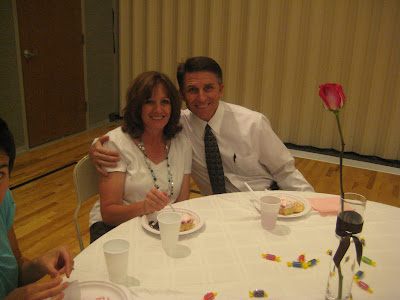 Samantha was definately enjoying the treats! 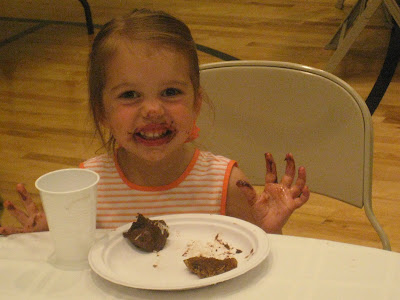 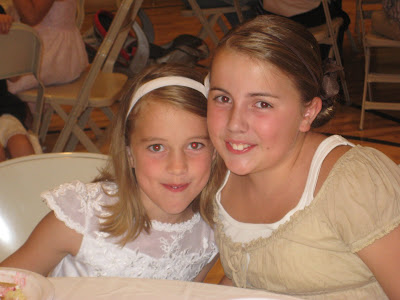 I meant to get pictures with all the kids and Grandma & Grandpa O. It was just a little crazy. If anyone has more pics of that night please pass them on!!

What a special day. Isn't it so neat to see your husband baptize your child? Congratulations.

Holy cow! You have an 8 year old! I totally miss those girls! Carpools will never be the same! And Angie, you look awesome!...I might need to start working out again before I come down to St George to hang!

It looks like the day went awesome! Katelyn looked so beautiful, what a fun milestone. I am glad you could have so many family and friends around! We miss you!

I love all the posts. It looks like a great day for your family. Congrats to little Katelyn.

Wow an eight year old already. That's awesome! Congrats on Katelyn's baptism! And I love the cruise pic of your parents.

I loved this entire post. Made me laugh and made me jealous and sad I wasn't there. Dang! I can't believe how much I have missed already.