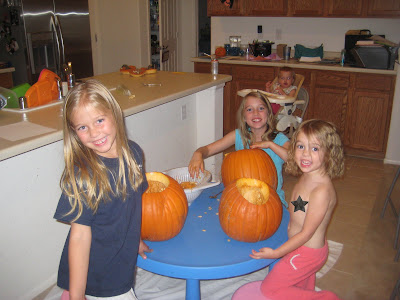 diggin' out the pumpkin guts! 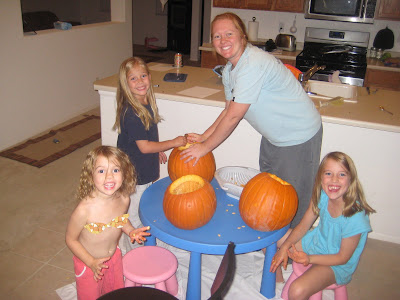 how i got stuck carving 3 pumpkins i'll never figure out... 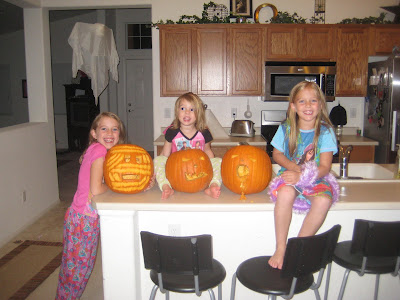 they did turn out pretty cute though. the girls drew on paper what they wanted and then i used some not so good kniving skills to carve the pumpkins. katelyn's was a mummy and it looked awesome all lit up. i didn't get a pic of that though... 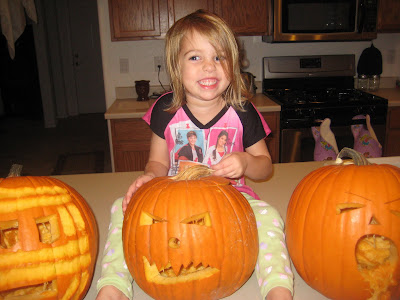 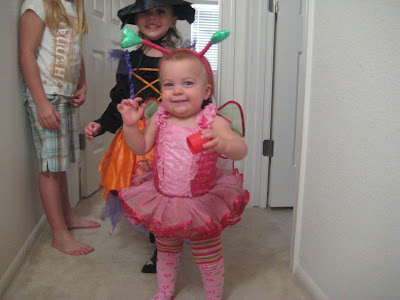 lexi was a butterfly/fairy... not sure, but i was so happy she left the headband on!! as you can see she's standing on her own! she CAN walk, but she basically refuses to do it. who knows?! 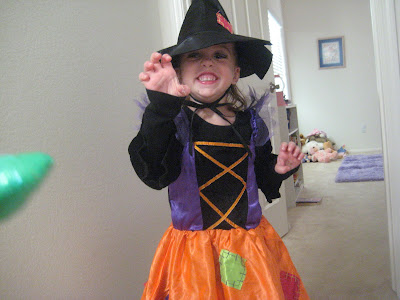 samantha was set on being snow white, but somehow i convinced her to be a witch. she loved acting scarey and completely forgot about snow white!!! 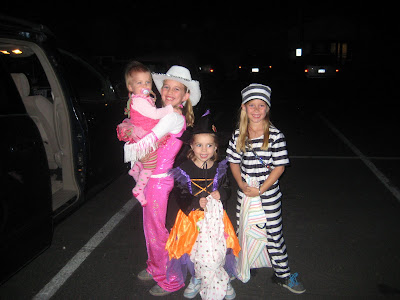 katelyn was a cowgirl and annie was a jailbird. they got tons of compliments on their costumes. good thing we had the becks' dance outfits to pick from!!!!
halloween was a success! we went to our ward's trunk o' treat. it was actually a tri-ward thing so there were tons of people. so much easier than walking through the neighborhood.
Posted by angie at 10:01 AM

Your girls looks great. I hope everything is going well.

So cute! I don't even think I took pictures of them carving their pumpkins.....oh well. Annie is still gorgeous!

Lexi looks adoreable! How cute is that costume.

Love the costumes!! Annie's hair is so long:)